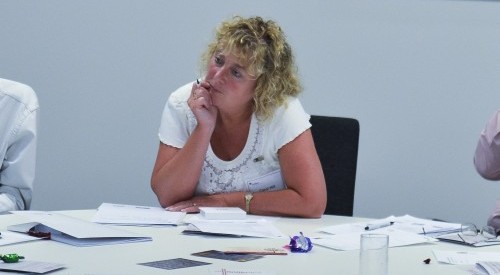 On Friday 29 September Carol Hill (Director of Catholic Care) and Deacon Joe Cortis (Trustee) travelled to London to attend the Caritas Conference 2017 entitled Mission in an Age of Austerity.

The first keynote speaker was Paul Hackwood from the Church Urban Fund who spoke passionately about our current model of society which relies on money to meet human need .  “This model is broken” he said with 70% of us having seen our incomes stagnate and fall and 20% of households in debt crisis.  This is compounded by people wanting instant gratification.

Paul then posed the question “How as Christian people do we respond?” He said that protest alone was not enough and we needed to bring the Christian view point forward and he suggested that this could be achieved through the concepts:

Paul continued by saying “It is no good speaking to a secular society in a faith language.  We need a common language”.  He suggested this could be achieved not by protest but by a “job of construction to restructure and rebuild society”.  We would achieve this by action eg night shelters for the destitute, community groups for those vulnerable in our society.  Paul concluded by saying that change will only take place from grass roots ie from the community upwards.

The second keynote speaker of the day was Debbie James from the Church Mission Society. She picked up where the previous speaker had left off saying that Justice, Peace and Hope were the principles of Freedom and Equality.  Debbie’s key message was “Another World is Possible”. She went on to pose the question “what difference can we make at a Parish level when the issues facing us are so big?”  Debbie answered this by quoting the parable of the mustard seed – the tiniest of seeds which grows into the largest of trees.

Debbie explained how we can make a difference:

Debbie ended with a quotation:
“An evangelizing community gets involved by word and deed in people’s daily lives”
– Pope Francis

Carol attended the first workshop of the day titled Forming Staff in Mission.  This was good timing as it reflected on the induction process for staff which we are currently reviewing and emphasised the importance of culture – the concrete expression of one’s beliefs.

The final keynote speaker of the day was Baroness Shirley Williams who was absolutely inspiring and held the attention of everyone in the room.  She ended her talk by considering the new challenges we face today:

Deacon Joe and Carol left the conference having learned so much and feeling inspired to achieve a better world.