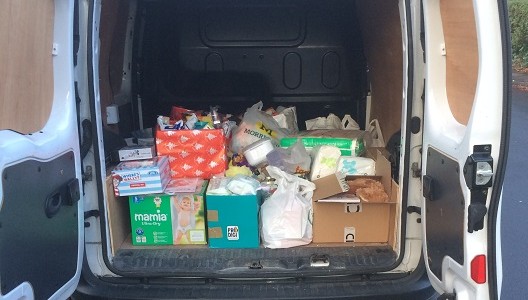 With many schools closing for the Christmas break on Friday 16th December Craig Beedle, Catholic Care’s Financial Accountant took on a very different role as a van driver. Ably assisted by a young volunteer, he drove around the Diocese collecting all the very kind donations from Schools and Colleges who had responded to the Christmas Appeal. After several trips the job was completed.

This week sees the sorting out and distribution to those families in need, the homeless, refugees and asylum seekers and those who will be alone for Christmas.

Thank you to all those who gave so generously.