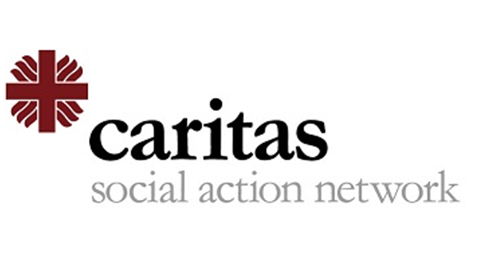 CSAN (Caritas Social Action Network) was established by the Catholic Bishop’s Conference of England and Wales to develop the Church’s social action. CSAN issued the briefing note below on their two main concerns with the current rules surrounding Refugee Family Reunification. This issue was debated in Parliament on 29th November 2016. We can all play our part in influencing policy by speaking to our MP’s, encouraging to attend important debates such as this and to raise the issues of concern.

Please find below details of some of the restrictions within the existing rules on refugee family reunification which urgently need reform to ensure the protection of the migrant family unit.

The existing rules on family reunification are intended to allow those currently recognised as refugees or granted humanitarian protection in the UK to sponsor immediate family members to join them.

Immediate family members are defined as a spouse or partner and children under the age of 18, who formed part of the family unit before their refugee sponsor claimed asylum in the UK.

There are numerous instances in which family members of refugees do not meet the criteria set out in part 11 of the immigration rules.

These include:
•  grandparents
•  siblings
•  children over 18 but still part of the family unit. For example, a refugee might be able to sponsor three of their children aged 16, 15 and 13, but not a fourth aged 19.
•  children who are under 18 but married or in a civil partnership, or judged to have “formed an independent family unit”. It may well be the case that the son or daughter of a refugee has legally married at 16 (the women’s legal marriage age, for example, in Afghanistan) and subsequently had a child, but this does not diminish their vulnerability or their dependence on their parent in the UK.

We therefore believe that the criteria for family reunification should be expanded to include vulnerable family members clearly still dependent on the sponsor and part of the family unit.

An application for bringing to safety an Adult Dependent Relative is possible under the main Immigration Rules and Appendix FM. However, these applications have to be paid for and the rules are stringent.
Very few such applications succeed.

To be reunited as an adult dependent, the applicant must:
•  as a result of age, illness or disability require long-term personal care to perform everyday tasks
•  be unable, even with the practical and financial help of the sponsor, to obtain the required level of care in the country where they are living because it is either unavailable or unaffordable
•  provide evidence that they can be adequately maintained, accommodated and cared for in the UK by the sponsor without recourse to public funds.

We believe these rules are unduly harsh and onerous and should be reassessed.